Marvel at the world’s largest indoor collection of totem poles.

The Canadian History Hall, our signature exhibition, will let you discover the events, personalities and historical currents that have shaped Canada — from time immemorial to the present day. Through authentic artifacts and compelling stories, get a new take on Canada’s ever-evolving history. By sharing stories through multiple perspectives, the Hall celebrates Canadian achievements, while also exploring darker chapters of the past.

Driven by human stories, historical treasures and inspired design, this signature exhibition is a unique place that enables you to discover the richness and diversity of the Canadian experience.

Tour our many international exhibitions, be a kid again at the Children’s Museum and live the ultimate cinema experience at CINÉ+.

To learn more about the explorer Samuel de Champlain, visit the Virtual Museum of New France.

Exploration Along the Ottawa River

The story of European exploration along the Ottawa River can be said to have begun with the vision and efforts of Samuel de Champlain. Geographer, explorer, as well as colonizer and founder of Quebec City, where he carried out most of his works, Champlain was the first to publish maps of the Ottawa River and names of topographic features in the Ottawa region as well as in Hull, Pontiac, and Renfrew counties (Kennedy 71). By the time he began exploring the Ottawa River in 1611, he had already sailed the St. Lawrence, explored the mouths of the Saguenay and the Richelieu, and founded colonies in Acadia and Quebec.

The Rideau Falls: Samuel de Champlain remarked on their beauty in 1613. Later, these falls were harnessed to produce energy for a sawmill and a textile factory.

Jacques Cartier Park: A camp site for First Nations travelers on the river.

Victoria Island (right below Chaudiere Falls in Ottawa). For centuries First Nations Peoples, voyageurs, and explorers rested on this island before making the portage around Chaudiere Falls.

Ottawa is Canada’s capital, a dynamic city steeped in culture, with world-class museums displaying stunning national collections and special exhibitions from around the world. Discover Canada’s heritage at amazing national sites, including Parliament Hill and the Rideau Canal.

DISCOVER OTTAWA AND PLAN YOUR TRIP! 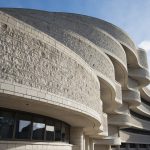