Before roads, the French River was the key Aboriginal trade route to the western Great Lakes and Canada and were later followed by French explorers, including Samuel de Champlain, fur traders and French-Canadian voyageurs.

Explore this heritage by stopping at the French River Visitor Centre and historic “Voices of the River” exhibits.

Throughout summer, the Visitor Centre works with local Aboriginal communities to host cultural festivals, artisans and workshops with emphasis on First Nations, Métis and French cultures.

Walk to the bridge immediately outside the centre for a magnificent view up and downriver. You can also follow in the footsteps of these past travellers by packing your own canoe and tent and taking the same canoe routes and portages as those who have gone before.

Voices of the river: exploring the French River Visitor Centre

Can you hear the water speak? The waters of the French River have many voices.

These voices travelled the river and lived along its shores. The French River has been a conduit for people, goods, and culture for thousands of years. The voices of the river are celebrated at the spectacular French River Visitor Centre.

The 105 km French River was designated the first Canadian Heritage River in Canada’s Heritage River System. This accolade recognized it for its outstanding natural and cultural heritage, and recreational opportunities.

For millennia, the river linked to a continent-wide trade network, and acted as an important trade and travel route for Indigenous people from many nations. Today, the river is home to the Dokis First Nation.

Much more recently, European and Canadian fur traders used that trading network from the 1600’s to 1800’s.

The French is a favourite of boaters and anglers, kayakers and canoeists for its classic Canadian Shield landscape and back-country recreation.

Around the falls is a short portage that has been walked by a who’s-who of historic names, from 17th-century Algonquin Chief Iroquet, to French explorer Samuel de Champlain, to Radisson and Groseilliers who were instrumental in the founding of the Hudson’s Bay Company. Another walker of this portage was Frances Anne Hopkins, who travelled by canoe from Montreal to Manitoba in the mid-1800’s, and later painted what is now the most detailed collection of paintings of the fur trade era.

Get swept away in Ontario’s true north, great all year round. We invite you to a playground of pristine lakes and rivers, towering old-growth pine forests, and brilliant blue skies – a land where you’ll discover as many heart-stirring myths and legends as you will things to do.

To learn more about all there is to see and do in Northeastern Ontario, visit the region’s tourism website.

Alban ON CA
Get directions
April to October 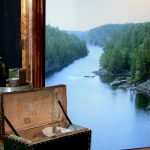 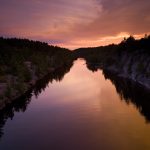 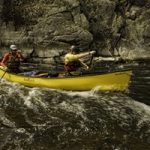 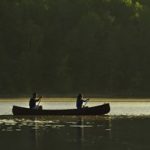 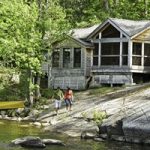