We celebrate local food and wine by growing THE best cranberries and crafting exceptional wines that reflect the terroir of Muskoka.

Our daily tour which runs at 11 am, 1 pm and 3 pm followed by a tutored wine tasting, is a ‘must do’ Canadian Signature Experience.

At the start of August 1615, Champlain arrived in Huronia, at the southern end of Georgian Bay. He stayed there for a few weeks, departed on an unsuccessful military expedition with his Huron-Wendat allies (see below), then returned and spent the winter there.  He took this opportunity to survey and write about the area, recording his observations of his Huron-Wendat hosts, their customs and the structure of their society.

Champlain travelled among the 18 native villages in the area, with names such as Baie de Matchidache, Baie du Tonnerre, Toanché, Carmaron, and Carhagouha, home to some 2000 warriors. He also travelled westward into Petun territory, of which he wrote: “This country is very fine and fertile, and travelling through it is very pleasant.”

The hills and streams made for a pastoral landscape that reminded Champlain of Brittany, while the trees reminded him of those in France. The land was fertile. He saw grape vines growing and tasted plums, raspberries, strawberries, small wild apples, nuts, wild cherries and black cherries. He described forests of fir, “the regular retreat of partridges and hares.” Along with corn, he saw a variety of other crops, such as pumpkins and vegetables. Champlain was fascinated by this pleasant, abundant country, where the Récollet and Jesuit missionaries would one day come to live.

Georgian Bay, northeast arm of Lake Huron in southcentral Ontario. It is shielded from the lake by the limestone spine of the Niagara Escarpment, which extends in a great arc northwest up the Bruce Peninsula. The bay is fed from Lake Superior via the North Channel, between Manitoulin Island and the north shore, and independently by the Mississagi, Spanish, French, Magnetawan, Muskoka, Severn and Nottawasaga rivers. The strait between the Bruce Peninsula and Manitoulin Island is called Main Channel (25 km wide).

In contrast to the soft, white limestone cliffs of the west shore, the east shore is cut into the hard edge of the Canadian Shield, fractured into myriad bays, inlets and sounds, with thousands of islands strewn along the coasts. On the inner, southwest curve of Nottawasaga Bay are numerous sandy beaches, the longest of which is Wasaga. Located around the bay (from southwest to northeast) are Owen Sound, Collingwood, Wasaga Beach, Midland, Port McNicoll, Victoria Harbour and Parry Sound; in summer local residents are greatly outnumbered by tourists.

Brûlé was the first European to see the bay (perhaps as early as 1610) and Champlain came via the French River (1615) to visit the Huron, who lived on a small peninsula along the southeast shore (see Huronia). Jesuit missionaries came to the area in the 1620s and Brébeuf was entrusted with founding a permanent mission in the area in 1634 (Sainte-Marie Among the Hurons). 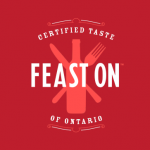 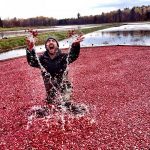 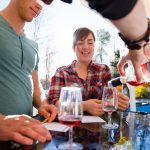 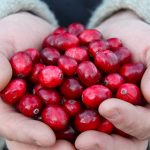 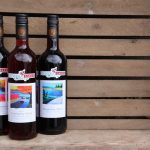 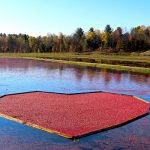 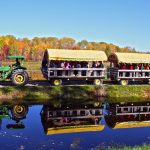 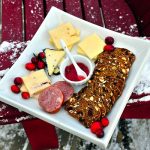 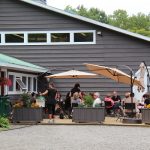