Macaulay Heritage Park is an attractive historic site featuring many points of interest:

Together they comprise beautiful parkland for visitors to enjoy.

Reverend William Macaulay was originally sent to this area as a missionary. In 1823 he organized the Parish of Hallowell, donating the land for the church and paying for much of its construction from his own personal wealth. Reverend Macaulay’s contributions to the community were not only spiritual, but civic—dispersing his property for the construction of both a school and a courthouse; the latter has been in use since 1831.

Macaulay was also instrumental in the naming of the town of Picton.

A tour of Picton and its surroundings will show you how Prince Edward County has moved from New France territory to an English settlement mostly colonized by United Empire Loyalists.

Champlain’s explorations in the area

From the mainland, the County reaches out into Lake Ontario like a giant amoeba preparing to divide. It is the abundance of these tiny peninsulas, numerous lakes, bays and smaller islands that make this county so attractive to both residents and visitors.

From these very shores, rumrunners sped their illegal booze across Lake Ontario, schooners in the late 1890s laden with barley departed for Oswego, paddlewheelers delivered passengers to resorts like Lakeshore Lodge at Sandbanks and the Massassauga Point Hotel. Even earlier, Samuel de Champlain plied some of the lakes in his explorations, and early natives paddled these same shorelines. Some 8,000 years ago, ancient Mongolian tribes likely stood on these very shores.

Despite the passage of time, these same shorelines have not lost their appeal. Cement carriers and high powered boats have replaced schooners and birch bark canoes, and kayak paddlers, sail boaters and other pleasure craft owners use these same waters to recreate during the summer months. The shores are a drawing card as evidenced by the half million sun worshipers who visit Sandbanks Provincial Park annually.
Source: Terry Sprague, “Protecting the Ribbon of Life” (Nov 26, 2011)

In 1615 Samuel De Champlain sailed to what is now Picton, embarking from what is now Glenwood cemetery portaging to the foot of Markland Hill on the East Lake Road. He then took the stream that passes there through the back of Beaver Meadow into the head of East Lake.

He was accompanied by 200 Huron warriors on this expedition and paddled down East Lake to the Outlet River. Then he embarked onto Lake Ontario and followed the eastern shore of the County back to the mainland. He reported no Indian villages in the county at that time.

As a direct consequence of their attacks against the Iroquois tribes, the five Nations Indians consisting of Onondagas, Cayugas, Senecas, Mohawks and Oneidas fought the French and Huron; which ended with the complete extermination of the Huron tribe. The County was the scene of the opening encounters.
Source: Friends of East Lake, History of East Lake, Prince Edward County, Ontario

Named ‘the gastronomic Capital of Ontario’ and one of Canada’s most exciting wine regions; Prince Edward County is a great vacation destination all year long. Start your trip planning now in South Eastern Ontario.

Plan you trip in the Prince Edward County region! 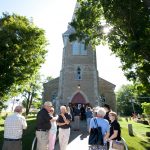 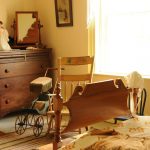 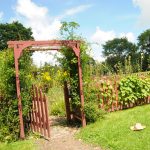