We began with a few custom tours and bike rentals at Chaffey’s Lock. Today we offer several unique Rideau Canal “Signature Experiences” that will enhance your visit to the region.

All of these exciting experiences are along the Rideau Canal, Ontario’s only UNESCO World Heritage Site. Choose from our many online tours and packages or let us customize an experience for you or your group.

We’ve got canoes, kayaks and SUPs to help you get out and enjoy the waterway and hybrid bike rentals for cycling the Cataraqui Trail – one of the most spectacular sections of the Trans Canada Trail.

Add a gourmet picnic made with local products to your rental or tour; shuttle service also available.

Make it an overnight getaway with a stay in our fully furnished cottage.

Explore the Historic Rideau Canal Waterway and Plan your trip!

THE RIDEAU CANAL AND CHAMPLAIN

The Rideau Canal flows between Ottawa and Kingston in Southern Ontario. These two cities are easily accessible by car and bus from Toronto (260km to Kingston) and Montreal (200km from Ottawa).

The Canal itself is accessible by car, on foot or by boat. The busy season extends from the spring to the fall. While the locks themselves are closed for the winter, you can do still skate, cross-country ski, snowshoe or ice-fishing on the Canal.

To learn more on the Rideau Canal, visit the Parks Canada website.

The Rideau Heritage Route follows the historic Rideau Canal and winds its way through the bucolic countryside, from the shores of Lake Ontario in Kingston to the nation’s capital on the Ottawa River. Navigate on the Canal alongside historic and picturesque villages and cross historic locks and lakes on the only UNESCO World Heritage Site located in Ontario: the Rideau Canal.

Take the wheel and discover a variety of golf courses, stores, galleries and rustic cabins. The Rideau Heritage Route, with its locks and lakes, is a wonder from start to finish.

The Rideau River
The Rideau River flows northward from the Rideau Lakes in Eastern Ontario to the Ottawa River in Ottawa. The River traverses flat agricultural lands underlain by limestone, which was once an ancient seabed. The soils are rich, and the land gently rolling. The river spills into the Ottawa River over a dramatic limestone ledge in a wall of white spray, inspiring explorer Samuel de Champlain, the first European to see it, to name it rideau, meaning “curtain” in French. (Source : Maxwell W. Finkelstein, Canadian Encyclopedia, 2014)

The Rideau (pronounced “Reed-O”) is many things to many people. It is a superb area for recreation, it’s a wonderful part of our Canadian heritage and it is a celebration of nature.

To answer the initial question, What’s a Rideau?, the word rideau is French for curtain, the appearance of the falls where the Rideau meets the Ottawa River, to Samuel de Champlain who travelled up the Ottawa River in 1613. The name Rivière du Rideau first appeared on maps in about 1700.(Source: Friends of the Rideau)

To learn more about the Rideau Region before the Rideau Canal was built, click here.

explore South-eastern Ontario and plan your trip on the historic rideau canal! 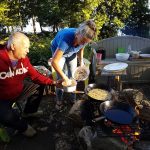 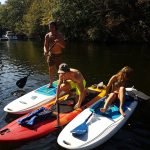 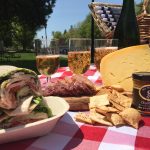 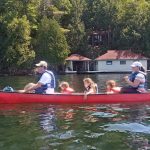